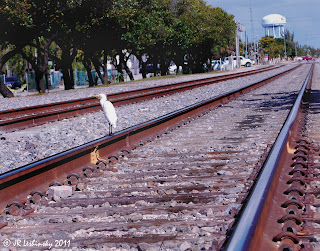 It was another one of my really long days!  I started out my Saturday morning with sleeping just a little bit late but then diving into the shower and getting dressed because I had to get Adina to the African American Research Library so that she could take the practice SAT test.
Once I dropped her off, I really wasn't sure what to do with myself for a couple of hours until I had to be at Jeremiah's apartment for my make up Photoshop class.  So I finally decided to drive downtown and go to the Urban Market along Riverwalk.
I parked my car, headed out  . . . took this really cool photo of a bird on the railroad tracks and then headed down toward the market.
Well, best laid plans . . . I ran into one of my former employees and his wife.  We started to chat and before long . .. I actually had to leave to go to Jeremiah's!  We had successfully chatted for over an hour and a half!  It was a nice diversion.
So then I was off to learn about colorizing a black and white photo.  Jeremiah really has a lot of patience, because I am a slow learner.  Once I get it, I get it, but sometimes it just doesn't sink in.
Then at 2 p.m. I drove back to pick up Adina and went home for a few hours.  I actually fell asleep on couch for about 15 minutes.
Then it was off to the Auteur Explosion at Cinema Paradiso with Adina.  I was exhibiting three photos.  The photos at the bottom are of me with my photos, Adina being Adina and them the three photos that I had on exhibit. 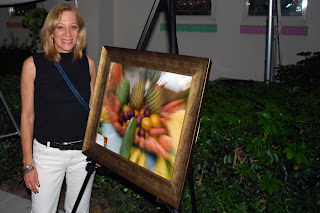 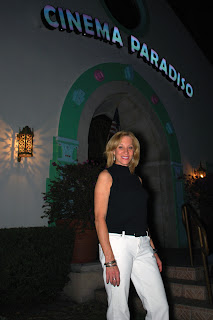 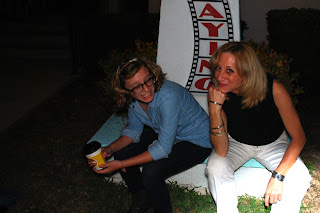 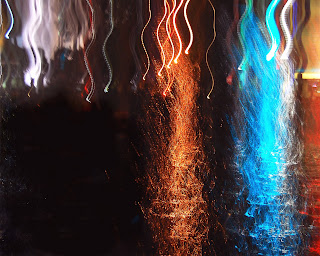 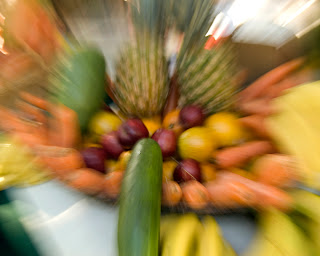 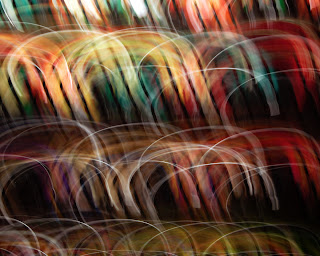 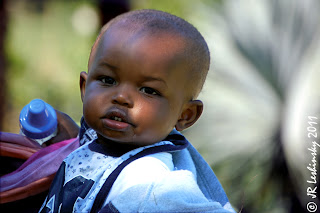 It was Jazz Picnic in the Park day today at Ilene Lieberman Botanical Garden.  Joel and I didn't have to prepare a thing.  Lynn wouldn't let us bring anything.  She had prepared sandwiches, drinks and of course, the leftover wine from last night's wine tasting party.
As always, it was a fabulous day of relaxation, great conversation and lots of laughter with our friends, Lynn and Richard.
I had my camera, as always, and captured this one photo that I truly loved.  This little boy was having so much fun in the park with his mom.  I wanted to just capture the innocent moment of him staring off into space and I wanted a very shallow depth of field so that absolutely nothing interfered with my subject.  The little boy, however, was in the shade and I did have to play with PhotoShop to fix what I was not happy with.  But in the end, I like the result.
Posted by Jody Leshinsky at 9:15 PM No comments: 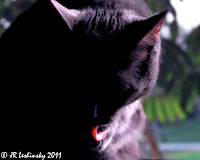 Today was an EXTREMELY long day.  It started out at 6 a.m.  I know that is really early for a Saturday but Adina had a Debate Tournament in Coral Springs and she had to be there at 7:30 a.m.

Once we dropped Adina at the high school Joel and I were determined to find a cool place to eat breakfast.  Not a simple one or a Dunkin Donuts one, but one where we could sit down, read the paper and feel comfy.

Oh, by the way, I wanted to waste a little time because I wanted to go to the Festival Flea Market because they have a HUGE selection of OPI nail polish colors there and the Market didn't open until 9:30 a.m.

We FINALLY found a great Greek diner in Deerfield Beach.  It was absolutely perfect.  The weather was a chilly 52 degrees with a chilling rain and a lot of wind.  So when  we got inside and sat down, we felt right at home.  Just like a diner in New York, the Sherwood Diner to be exact if you have ever heard of it on Rockaway Turnpike.  It was a warm atmosphere, lots of locals chatting with each other and a very friendly waitress who brought us lots of hot coffee!

After a yummy breakfast we headed off to the Festival Flea Market and wandered around forever, it seemed like!  We even ran into our friend, Lynn.  She shared coupons with me and I bought myself a hat that I will use all through the hot summer when I am out shooting.

We continued doing errands . . . Office Max and Staples and other stuff too.  When we got home, I was so tired, but I sat in my comfy chair in Rachel's room and watched a movie.  In the middle of the movie, Grace came into the room and jumped up onto the windowsill to peek outside into the setting sun and to sniff the chilly air (yes the sun finally came out at the end of the afternoon).  I grabbed my camera and snapped a bunch of shots, but this is the one and only that I loved and spoke to me.

Posted by Jody Leshinsky at 9:09 PM No comments:

Joel and I went to the SunTrust Jazz  Brunch on Riverwalk. . . now in its 20th season!  We went with Richard to help him hand out flyers for the Jazz Concerts here in Lauderhill.

We set ourselves up in a nice shaded spot close to the Broward Center and close to the main stage.  After wandering through the crowds, talking to people about our concerts and looking at the vendor's booths.  I grabbed my camera and walked up and down the New River.

I wasn't very inspired by much today.  However, this one shot caught my attention.  This guy was kayaking on the river and seemed so into it.  The bright color of his kayak was in contrast to the gray sky and the dark water.  I just liked what I saw, so it is my photo of the day! 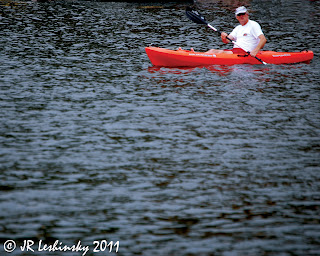 Posted by Jody Leshinsky at 5:24 PM No comments:

However, I did snap these three photos before they arrived.  So, they will be my photos of the day.  Enjoy! 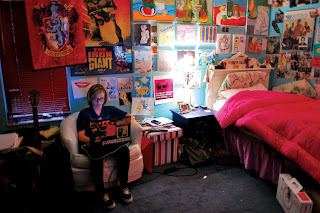 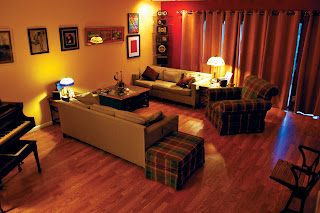 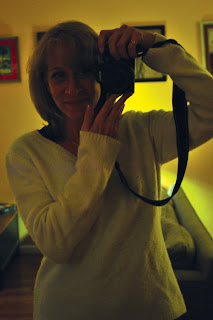 Posted by Jody Leshinsky at 10:39 PM No comments: