You Never Know What You Will See in Downtown Fort Lauderdale

As I was leaving the parking garage, I was stopped at the light at Broward Blvd.  Walking in front of me was a man, fairly young, in a hospital gown and slippers and a cane.  It was like he was just having a nice walk in the early afternoon.  Clearly he had a hospital bracelet on, but like I said, you never know what you will see in downtown Fort Lauderdale.
Posted by Jody Leshinsky at 10:20 PM No comments:

With all day Saturday devoted to resting my sore feet from Friday's adventure in Miami Beach, Adina and I were ready to tackle Art Miami!

Adina had slept at her friend's house so I let her sleep until about 11 a.m. and then I picked her up and (after she changed into her "artsy" clothes, we were off to Miami.  I had an idea of where I was going but used my GPS anyway just to be sure!  Adina and I caught up during the drive.  She had her debate tournament on Saturday and she won first place in the Humerous Interpretation (HI) division!  So very proud of my daughter!!  She signed up for forensic debate in 9th grade and she has stuck with it ever since and wins trophies from time to time.

We arrived in Miami a mere 25 minutes later, there was no traffic at all, even though there were signs all over the place warning us!  There was also a Dolphin game going on at the stadium, but I guess they were all in parking lot by the time I drove by.  After paying our overinflated price at the parking garage, off we went!

The building where all the art was located, was actually the most gigantic tent I have ever seen!  It was amazing really.  We wandered around for hours and hours until our feet ached.  But it was all fun.  There were works of neon, and sculptures, paintings and photographs.  The artwork came from every country you could think of.  Also, there were Warhols, Matisse, Calders, Robert Indianas and more.  By the time we left at about 4:30 we were on art overload!!

Posted by Jody Leshinsky at 10:43 PM No comments:

After a long day at work, and Adina texting me, begging to go along with Robert and me to Miami Beach, and then driving for almost two hours (thanks to a wrong turn by Mr. Cardenas), we arrived in Miami Beach and parked the car in the New World Symphony's parking garage.

We were hungry, so we started with a walk on Lincoln Road and picked out a restaurant that had a menu the size of a book!  Sitting outside underneath large umbrellas, we sat next to a couple from Europe.  The husband was from Basel, Swizterland and the wife from Cologne, Germany.  We had a wonderfully, interesting conversation with them while we waited for our food.  And then the heavens opened up and poured for about five minutes, but then it was fine!

After dinner we made our way up to the New World Symphony to see the art films projected on the outside wall in the park.  I was amazed at the numbers of people flopped down on the huge bean bag chairs sprinkled throughout the park.  We watched a few films, one was a mixture of two versions of the Invasion of the Body Snatchers.  Very clever!

Then we headed to the Bass Museum, and we explored the sculpture park.  It was quite interesting.  The really heavy winds made it difficult to walk around, but the temperature was great.

As we made our way up Collins, or was it Washington (?), we explored the hotels that last year had hosted free galleries.  Well, we only found two that were free and others that had cover charges.  The very last hotel had the most interesting art and artists.  We probably spent about an hour walking through each of the rooms there.

In between we wandered into the hotel lobbies, or out by their pools.  One was unbelievably decorated like an outdoor living room with couches around a reflecting pool.

All fun!  A bit disappointing since we really didn't see as much art as last year.  I like the fringe stuff better than the convention center stuff.  Sunday I head down to Art Miami.  A little more organized than this fringe stuff.

Adina slept in the car all the way home because she had a debate tournament in the morning!  Probably not my best mommy judgement, but what the heck, Art Basel is only once a year and Adina IS an artist! 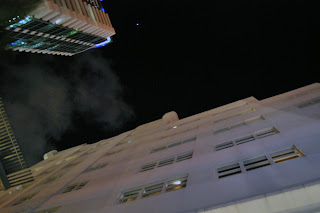 Posted by Jody Leshinsky at 11:12 AM No comments:

Adina needed to work on her photography assignment.  So we grabbed my cameras and started on a walk around the lake.  I really never never know what I will find.

Of course about five minutes into our walk I discovered that I forgot to put the SD card back into my camera.  So I did the next best thing (too lazy to go back home), I pulled out my iPhone.  If my friend, Andy can publish photography books from his iPhone images, I can shoot with it too.

We found all sorts of interesting bugs and plants.  I was more fascinated by the HDR option on my iPhone.  I was just aiming at anything to see what kind of quality I would get.

I was pleasantly surprised at these results.  Nice and convenient too, except I need my reading glasses to see what the hell I am doing now!!  Oh the joys of aging.

A couple of these photos were taken outside of the house that used to belong to Jackie Gleason.  I spent a lot of time peeking into the windows and was fascinated by the 70s decor!  I remember when he lived here in Inverrary!  He would ride around the neighborhood on his golf cart with the Rolls Royce front! 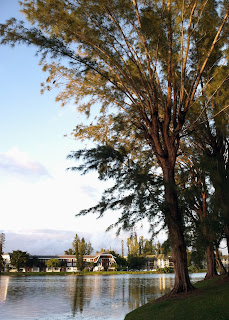 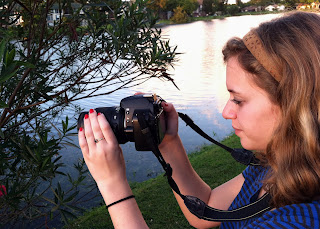 Posted by Jody Leshinsky at 7:14 PM No comments:

My sweet child returned from Chicago tonight after five days of competing in the Glenbrooks Debate Tournament. She was so thoughtful to bring us a present! 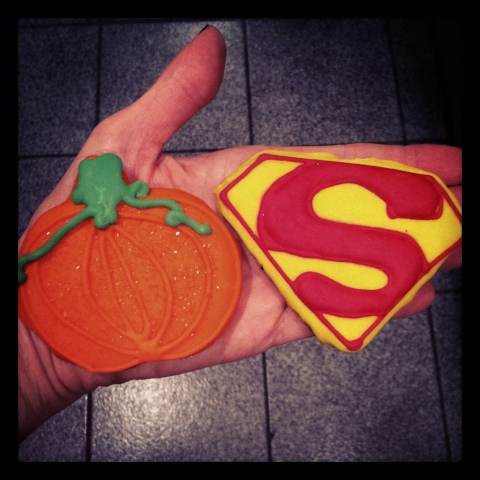 Posted by Jody Leshinsky at 10:26 PM No comments:

This was the first Halloween that we didn't spend with either one of our children.  I guess it is a new phase in our lives.

However, Adina was invited to a Halloween Party at her friend's house so she decided that she wanted to be a skeleton.  Joel found a costume and make up for her at Party City and Adina did the rest of the magic!  She really is an artist.

Working from a photo on a website, Adina created this unbelievable face within about 20 minutes!  I snapped away as she applied the make up.

Posted by Jody Leshinsky at 3:30 PM No comments: