It's days like today that I moved to Florida.  A few puffy white clouds in the sky, temperatures hovering between 65 and 70 degrees, a light breeze and very little humidity in the air.

I had to drive Adina over to her friend's house for a sleepover since there is no school tomorrow.  Another one of those teacher workdays I think??  I have to work so she will be busy instead of sitting in her room with the TV blasting and the computer on her lap.

Instead of going straight home, I took a detour over to Long Key Natural Area and Nature Center in Davie.  It is one of the few places in Broward County where you can see the natural land the way it was before there were condominiums and other developments over the past several decades.

There were lots of people out there enjoying the weather, walking on the paths or sitting under the trees enjoying this pristine weather.

These are the images of today.  Hope that you enjoy. 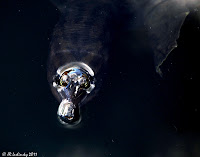 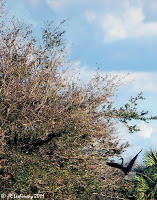 Posted by Jody Leshinsky at 10:14 PM No comments:

Last Saturday was the last day of class for the Level III Advanced Digital Photography Class taught by Jeremiah Jenner.  This class was different than the other two that I took because we never met at school!  One week we would go on a field trip and the next week we would meet at Jeremiah's studio to work on PhotoShop.

This last day of class we met at War Memorial Auditorium in Fort Lauderdale and attended the Orchid Show.  The assignment was Macro Photography.  I have three magnifying lenses that fit on top of my regular lens, so I was all set and ready to go.

This is one of my most favorite types of photography.  I don't have to deal with people and I don't have to be pressured.  This was at a very leisurely pace.  We had two hours to wander and shoot.  I got right into it and in fact, I was crawling all over the floor and bending and stretching.  So much so that the little tiny split in the knee of my jeans is now a huge gap!  Oh well, it was bound to happen!  It is all part of the job.

The very last photo is our teacher and mentor, Jeremiah Jenner using his phone to take a close up shot of an orchid that one of the students bought at the show!

It was fun and I will miss class, but I need time to shoot on my own now. 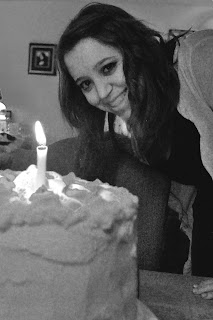 So as the holidays wind down, and the New Year begins, I always look forward to celebrating my first born's birthday on January 2.  We used to try to get all of the holiday decorations down and put away before her birthday so that she wouldn't get confused with the holidays.  However, this year, at 20 years old, I think she can figure it all out for herself!

I always get a bit sentimental, think back to whatever I was doing the day that Rachel was born.  We had just moved into this house.   I was 9 1/2 months pregnant (yeah, she was three weeks late thank you).  There were people working in our house, painting, building, installing things.  Yet I was sitting in the den, calmly counting the mintues between contractions.

All of the handymen had young families so as they would pass by the den and look in on me, they would see my face squinched up during a contraction and they would say, "breathe, Jody, breathe!!"  It was surreal actually.

Then my office kept calling me because we were about to go to press with our magazine, Cultural Quarterly.  They had NEVER published an issue without me.  They were a bit freaked out as to what to do, where to find things on my computer and desk.  So I had a lot of calls.  Yet, I just took it all in stride, contractions and all!

At about 3 p.m. the contractions were so strong that I couldn't talk during them.  I still could handle the pain, no big deal, but Joel and I decided to call my doctor and he said come into the office.  So we did.  Well, he took one look at me and told Joel, "drive her straight to the hospital, don't even think about stopping at a red light!"

And so we went straight to the hospital.  My office found out that I was on the way.  Kevin made it to the hospital before I did!  Then I felt as though I were in a Fellini film.  As we got to the hosptial, I was getting contractions closer together and I couldn't walk during them.  The hospital guard yelled at Joel to put me in a wheelchair.  As he wheeled me into the delivery room I saw face after face of people that I knew, but I couldn't focus on any one of them.

She was the cutest thing.  A full head of curly, almost black hair, big blue eyes and a bright red face!  She looked like a little Mexican child!

Ok, enough of that!  Jump forward 20 years . . . Rachel has grown up to be fine young woman, with strong moral values, is very opinionated and when she makes up her mind, that is that!  Very proud of her and the path she is on.

So the Leshinskys spent New Years Eve at home.  We ate a huge meal of seafood pasta and then had chocolate pudding pie.  We finished off the evening with a board game called Loaded Questions.  Adina's friend, Rachel, slept over and Noah, Rachel's boyfriend is here visiting from Indiana.

This was a fun evening!  We laughed a lot at this game.  You roll the dice and read a question and we all had to make up answers.  Then the person who reads the question had to guess who wrote each answer.  Some of the answers were very creative and others, well the others were typical kid answers!

We finished off the night in the den watching the ball drop in Times Square and then all headed off to bed.  Very wholesome evening!  But fun.
Posted by Jody Leshinsky at 12:49 AM 1 comment: