Horseback riding . . . not what I had planned for my Saturday, but why not? Jose is always telling me to come out to his parent's horse farm whenever we want. I never want to impose, but today I did because Rachel wanted to try riding and see if she liked it. 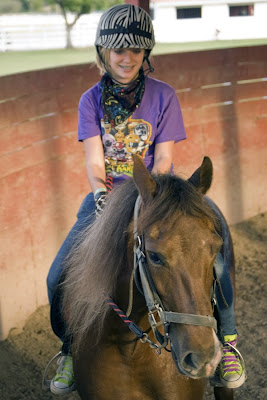 Adina was first. She was very nervous and didn't want to stay on the horse very long. Jose was VERY patient with her and tried to get her to calm down. But at one point the horse walked faster than she was expecting and she was ready to leap off the horse! 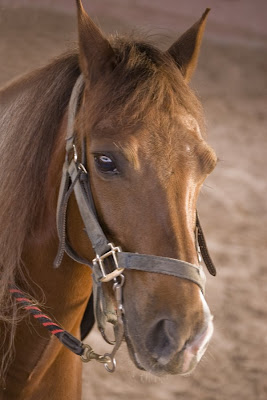 I loved the way the horse looked right into my camera and the sun was setting and made his mane look wonderfully rich and red. 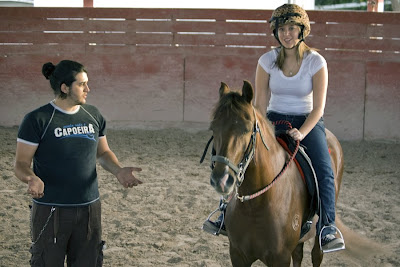 Rachel was next. She was nervous too, but so determined that she wouldn't get off the horse until she felt more comfortable. She only panicked one time. 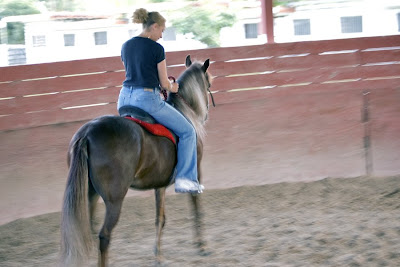 Finally it was my turn. Adina took a lot of photos but this was the only one that was clear. I actually like this one because you can see the tension in my shoulders. I was definitely nervous. After I walked in circles for a while, Jose led the horse with me still on him (or her) out into the paddock. I walked the horse around for a while. It was fun but when Jose's dad told me to make a kissing sound, the horse took off a bit to fast for what I was expecting. If I knew that was the result, I don't think I would have been as afraid. But Jose was right there for me and told me what to do. I think I might like to go back and try it again. 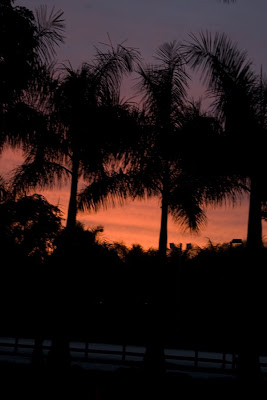 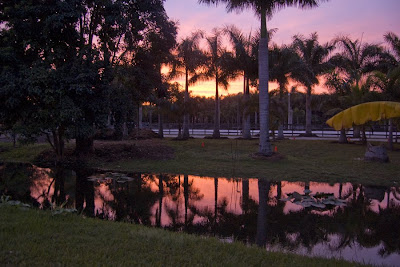 These two photos can't capture the beauty of the sunset, but it comes pretty close. It was like the sky was on fire. 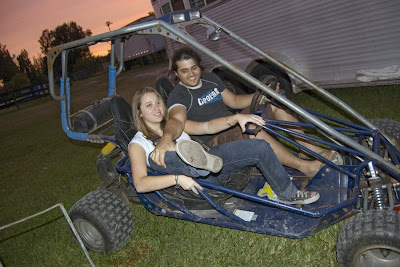 As the sun was setting Jose made each of us go for a ride with him in his homemade go cart. I had never been in one, and I love the way he drives . . . fast!!! I only screamed once and then realized it is better to keep your mouth shut because stuff flies in there!!! This is Rachel trying to get her foot in and Jose giving her a hard time. They get along like brother and sister and yell at each other. 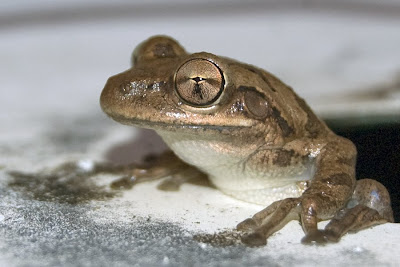 This little fella poked his head up and I got to take two shots before he took off. 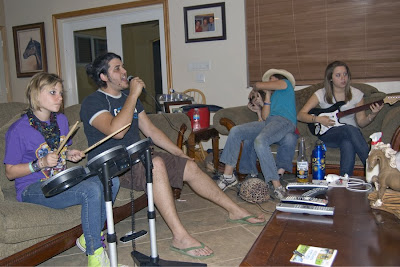 And, last but not least, the "children" HAD to play Rock Band!!! Jose included. Such a kid, but he is really a lot of fun to be around. Always happy go lucky.
Posted by Jody Leshinsky at 7:06 PM