Rachel and I had an unbelievably fun day together. Adina was off at her friend's house in Davie and Joel was at home doing stuff around the house.

We started the day at Anne Kolb Nature Center in Hollywood. We each had our own kayak and for an hour were one with nature among the magroves and crabs that made such loud clacking noises that it sounded like an audience clapping. 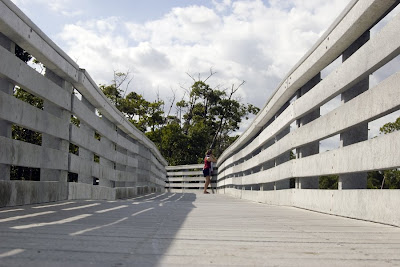 Afterwards we walked the nature trail so that I could take photos. Mostly Rachel was sitting along the way texting her friend in Indiana who is still on winter break and was skiing in upstate NY. This photo is of Rachel in the midst of texting. 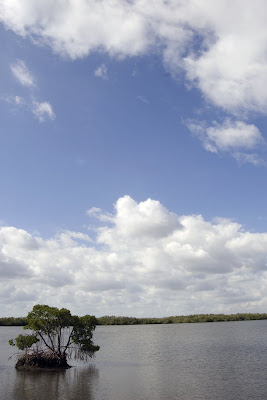 I adore the Florida landscapes. Expansive blue skies with puffy white clouds with these little islands of mangroves in the lake. 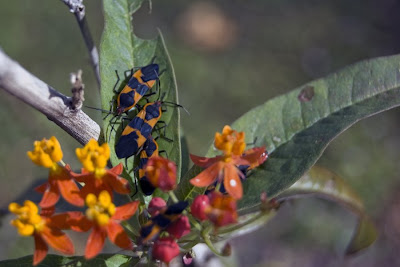 I don't know what these bugs are, but I thought that they were pretty. 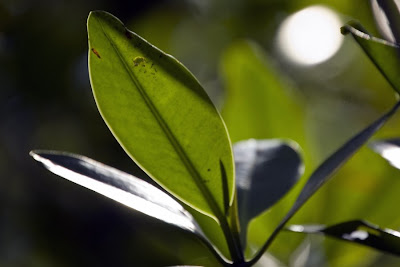 Just having fun with backlight! 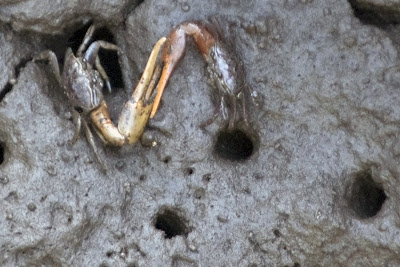 This is a photo of two crabs fighting. We watched them as they battled and then each went back into their own mud hole. 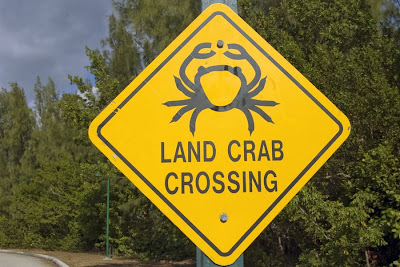 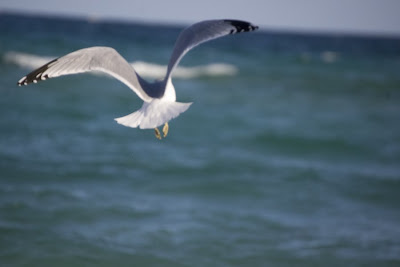 After the park, we went over to the beach. It wasn't all that far since we just had to cross the bridge over the Intracoastal and there is another park where we could park the car instead of looking for quarters for the meters. I was cold, there was a lot of wind and even though it was a sunny day, I must have no blood because I wanted to roll up in the towel and be warm. But I did manage to entertain myself while Rachel lazed in the sun. I took plenty of photos of the seagulls and this one was my favorite. 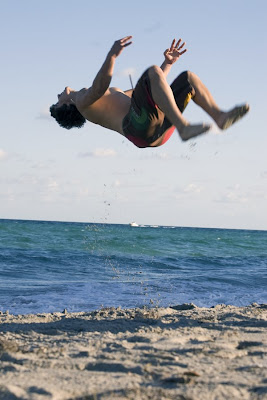 Then a bunch of teens decided to do backflips on the beach. They happened to be right next to where we were sitting, so I practiced taking frame after frame and this was my favorite. He just looks suspended in the air as though he would stay there without falling. 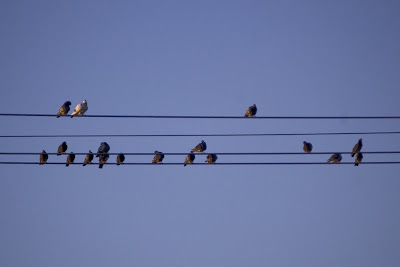 After we left the beach, we headed west to pick up Adina. My sweet daughter said that she knew where she was going and basically drove for almost an hour and a half before admitting that she went the wrong way! But I occupied myself while she was driving by taking loads of photos. This one made me think of musical notes on sheet music. 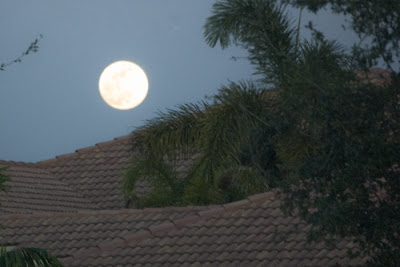 And the last photo of the day was of the moon rising up over the western Broward homes in Davie. On this day the moon was the closest to the earth that it ever gets and it really, really did look HUGE! I couldn't get the color right, it was very yellow, but didn't come out that way on the camera and I didn't want to use too much Photoshop.
Posted by Jody Leshinsky at 9:53 PM