The barrage of photos from Joel and Rachel continued as they progressed on their Indiana adventure. This photo was taken after the Homecoming parade. Adina wanted to know if they were going up in the balloon, but that was a no! Fine with me, I prefer to have my family with their feet firmly planted on the ground. 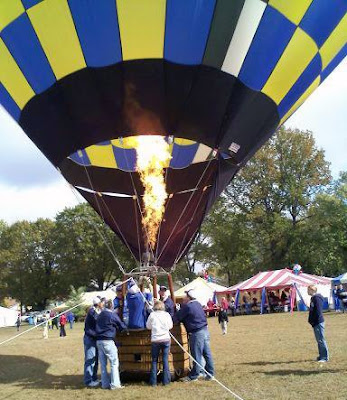 This photo is taken in front of the apartment that Joel lived in during college! We have so many great memories from this house. He lived there for about 2 1/2 years. He had a neighbor from Iran. His name was Adnon Miershuggi (not really sure if that is how it is spelled but that is how you say it. Adnon had two friends named, Sallah and Collette and the three of them were just like the sketch on SNL by Steve Martin "Those Wild and Crazy Guys!!" They dressed in long sleeved shirts and opened them up almost to their navels, they wore tight bell bottom pants with weird patterns on them and they hung out at "Bo Disco" and danced the Hustle on a nightly basis. There sure were interesting! The funniest thing was when the landlady found his stash of pot and dumped it on the living room floor and vacuumed it up. I thought Adnon's head was going to blow up like in Mars Attack!! 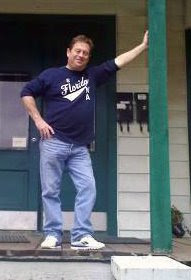 I found a couple of photos from then! The first is of Joel in 1978 standing in the same spot. 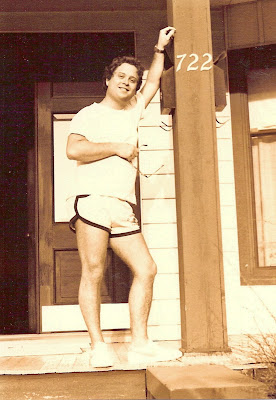 This is Adnon cleaning up after the landlady dumped and vacuumed his pot!! 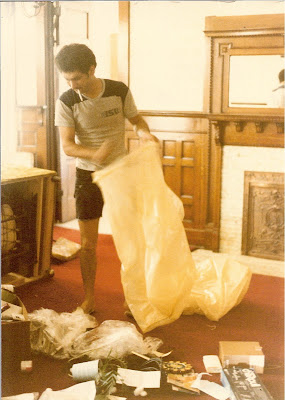 Later in the day Adina and I did a bit of house cleaning. I came across the pencil sharpener in Rachel's room. I decided to clean it out because it was making funny noises. Well, no wonder, there was probably ten years of pencil shavings in there. I dumped it out on the counter and took this photo and sent it to Rachel so she could see the mess! It was a lot, maybe you can't tell from this photo but the cup at the bottom was jammed full and it took a few hard shakes onto the counter before it would even come out! 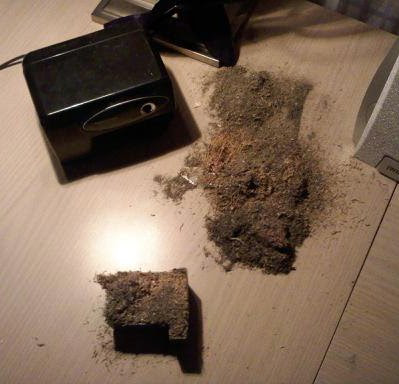 And this photo was taken after we had dinner at Too Jays a typical Jewish deli (yes I had a nice bowl of matzo ball soup!). Next door is a store called "Precious Puppies." The puppies are kept in "cribs" instead of cages. This fella was sleeping when I was trying to take his photo. He popped open an eye but I couldn't help but laugh because he tongue was hanging out. We must have spent about an hour petting all the cute puppies. They can keep them though. This purebred cost $3,800! I really can't understand why people would spend that amount of money when there are thousands of puppies and kittens put to sleep at the Broward County Animal Care and Regulation each year. If you keep going to the shelter you are bound to find one that you can fall in love with and then they spay or neuter it for you so that it won't go out an repopulate the neighborhood if they get off the leash.

Okay, I do understand that if it is a business or your show your dogs at competitions, but most people don't. I would prefer to put that money toward my children's college education! 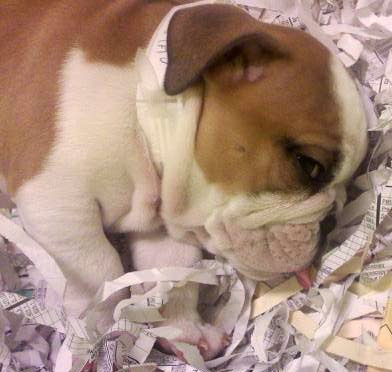 Posted by Jody Leshinsky at 9:16 AM