So with Joel and Rachel gone and Friday being a Teacher's Planning day . . . I had to think of something to do with Adina. I let her sleep in as late as she wanted, and then Aunt Marilyn came over and picked her up. The two of them went shopping to Plato's (a really cool consignment shop for teens) and then they had their hair cut and blown dry. I absolutely LOVE this photo that Adina took of herself.

I am finding that instead of me taking photos lately, I am using my family's photos. Oh well, I will eventually get the bug to start snapping away again. 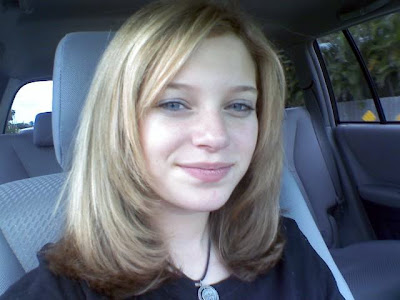 This photo was taken by Kim Newton, John's wife. John was the Alumni Director at ISU for more than 30 years. He just retired and will now run the school's foundation. However, he gave us quite a scare three weeks ago. I received a phone call on Yom Kippur from Kim to tell us that John had open heart surgery. Well have a look at him now, he looks great!

They were all dressed up and ready to go to the Distinguished Alumni Awards ceremony at the Hulman Center (yeah, named after Tony Hulman who was the big hoo ha of the Indy 500). Rachel and I went to the event last year. It is fun, because you get all dressed up, have cocktails and network with all the folks that you went to college with and then they feed you and you get to sit through the awards ceremony. The dinner is served on the floor of the center where all of the famous Larry Bird basketball games took place!! 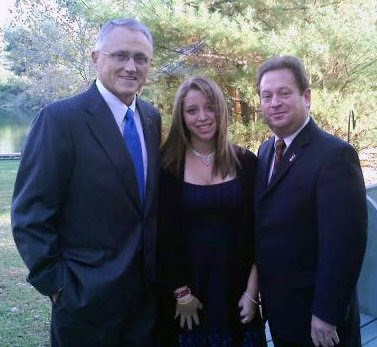 Posted by Jody Leshinsky at 8:37 AM