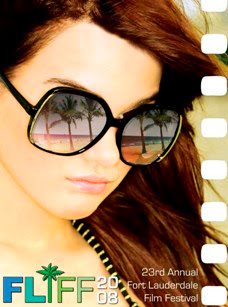 Friday night was the grand opening of the Fort Lauderdale International Film Festival and gala. It is listed in the Guinness Book of World Records as the longest film festival in the world! It last more than a month and there are so many films, gala events and celebrities to see.

We went the Miniaci Theatre at Nova Southeastern University. They showed the film, "Coyote." The film was about a very tough subject of human smuggling over the border from Mexico. It was done on a shoestring budget and the producers/directors and stars were there and spoke to us after the film. They always do a Q&A after each film. It gives the audience a chance to get to know more about the film industry.

Prior to the film they gave John Ratzenberger a lifetime achievement award. He was extremely humble and funny. He even posed for a photo. I only had the girl's cell phone but it worked just fine! If you don't remember him, he played Cliff Clavin on Cheers. 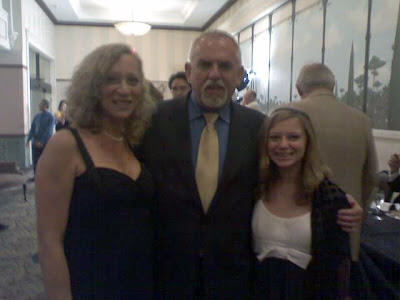 After the film we went over to the Signature Grand for the gala party. We were all duded up in cocktail attire. It was fun getting all dressed up. We had lots of fun chatting with all the people we knew. There was endless amounts of food but it was a cash bar . . . all proceeds went to the Film Festival so it was for a great cause. Joel and the girls were on the dance floor having a ball. This was reminiscent of the Miami Vice days when Joel and I were getting dressed up almost every night for gala after gala. I don't really miss it that much, but once in a while it is fun and to share it with the girls was absolutely priceless.
Posted by Jody Leshinsky at 8:57 PM

hi, loved browsing your blog from the oldest post to the latest, i must say you have a nice family.. your cat newton is my favorite, nice blog!