Off on an Adventure

So Adina had to go back to school today but Rachel was still home from college until Friday. So we decided to go to the zoo in Palm Beach. It was still about 40 degrees and windy, but to Rachel, that was spring!! For me, well, lets just say that I had to wear several layers of clothing, a scarf and gloves!! I know, I know, what happened to the girl who used to live in New York and play in the snow for hours?? 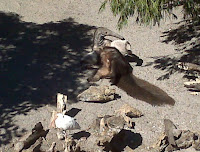 This first photo is an anteater. Not sure if you can actually see anything because my sweet, younger child decided to take my memory card out of my Nikon camera and never returned it, AND DIDN'T TELL ME!!! So I told Rachel to take photos with her new Cool Pix camera. Well, she took about three photos before she realized that Adina took her memory card too! Oh well. So we just snapped away with the Blackberry!! 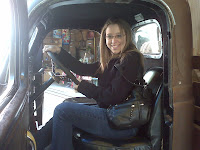 I actually took this same photo two years ago when I took the girls this zoo on spring break! 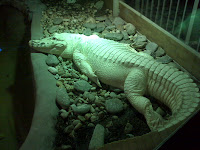 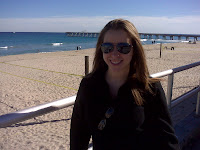 We went to a cute little restaurant in Lake Worth along the beach. Then I made Rachel pose for me. She was FREEZING here because the wind was really blowing hard. I wanted to walk on the sand but she refused because she was wearing flip flops! What is wrong with my child?? 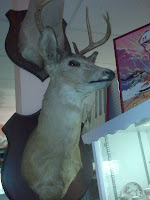 And this photo was taken in an antique shop along Lake Avenue. We wandered for a couple of hours up and down the street. It was fun and then we took the long way home along Federal Highway.

Truly, it didn't matter what we did, but we spent a lot of time together and just chatted away like girlfriends.
Posted by Jody Leshinsky at 9:43 AM