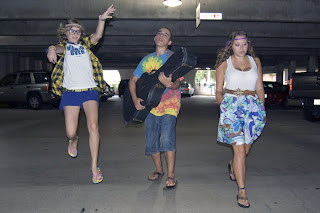 Cinema Paradiso, our art film house in Fort Lauderdale, threw a street festival, jam fest and showed many documentaries about Woodstock, including the film Woodstock. I took Rachel and Adina and Adina's friend, Greg. 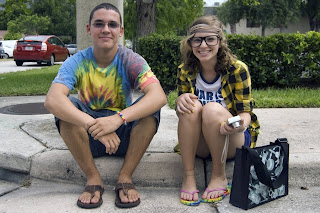 Everyone dressed in their best hippie outfit! 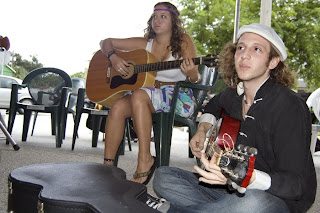 Rachel and Marc jammed under the tent with about ten other "hippies" which was a lot of fun to listen to and take photos of. This photo was also taken by a New Times reporter who was standing next to me and their photo ended up in the newspaper the following week! 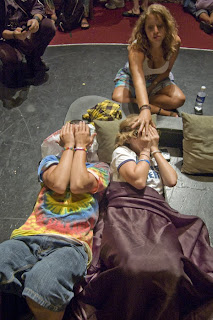 We made ourselves at home on the floor of the theater and my friend, who is the manager of the theater, brought us pillows and blankets (it was pouring outside and it was freezing in the air conditioning!). 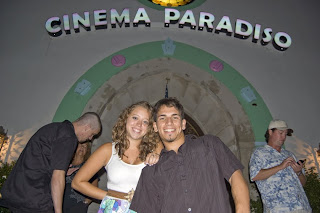 This is Rachel's friend, Andrew. They have known each other since fourth grade and he came over to hang with us until we had to leave at about midnight.
Posted by Jody Leshinsky at 4:40 PM