So I had just walked into the house after working out at the gym. My phone was ringing so I grabbed it. My neighbor, Ronnie, yelled, "grab your camera and get your ass out here NOW." So I did and these are the photos that I took. Unbelievable, when you think this is your backyard, but not so incredible when you start to think that 30 years ago this was Everglades and alligator territory. We invaded their natural habitat and developed it with little regard for these animals. Anyway, I thought I would share. 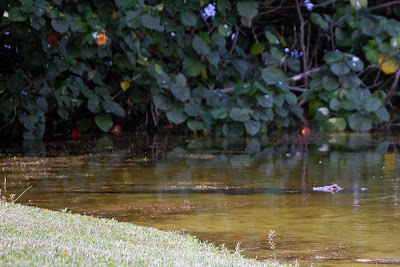 This little guy is really 7 1/2 feet long, don't let the size of his head fool you! 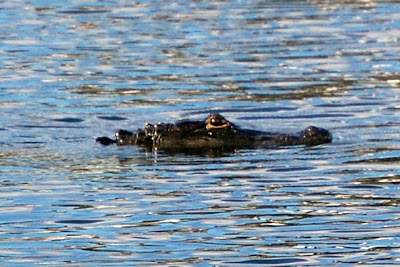 He got away from the trapper the first time. But my lens caught him swimming near the edge of the lake. 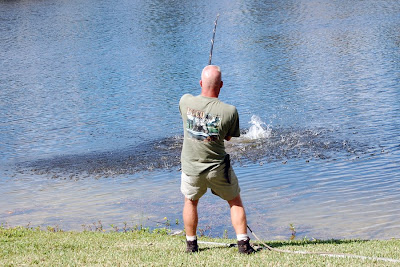 I apologize to you animal lovers out there, but Alligator Kevin (as he is known in my neighborhood) baited a fishing line and hooked the gator and was reeling him in. It took him a long time but Kevin was patient and waited until the gator was tired. 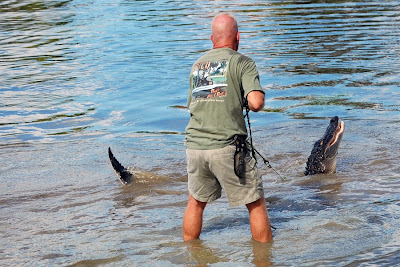 The gator was tired but still fighting to get away. I was actually feeling very sorry for this animal at this point, but the neighbors have been so afraid to come out of their houses because this guy would be sunning himself in the back of their houses! He has been eating up all the Muscovy ducks in the area. 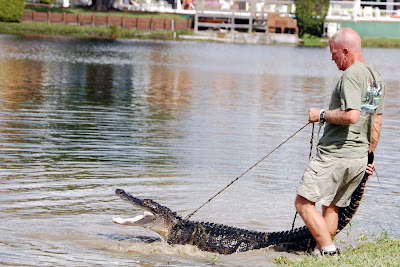 If you look across the lake, you can see the people swimming in their pool, completely oblivious to what was going on. 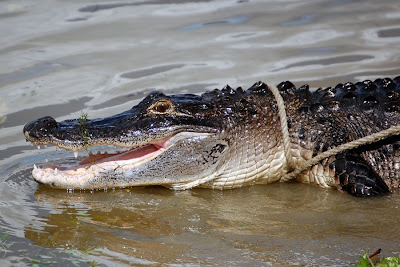 Thought I would take the opportunity to take a close up of this gator. He was mean looking, but he was tired. 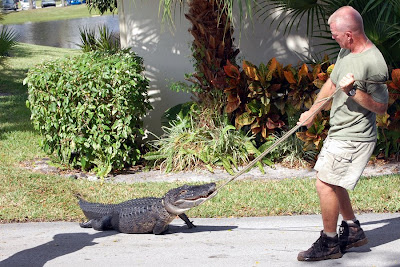 Kevin was coaxing the gator from the lake towards his truck. Now I was feeling bad. 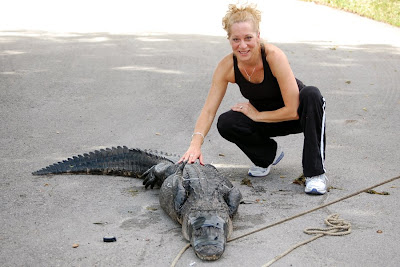 Notice how brave I am now that the gator is tied up. 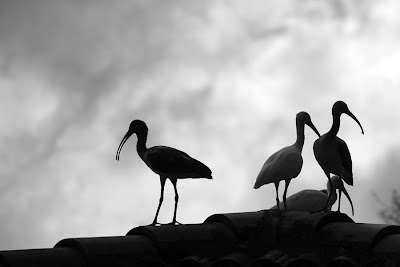 I love these birds. They come and visit once and a while. Mostly they are white, but there was one black one in this bunch, so I decided to make the photo black and white. They were previously on the front lawn of my house and all over our cars, but my neighbor's three mini-greyhounds decided to bark and chase them to the top of the house. 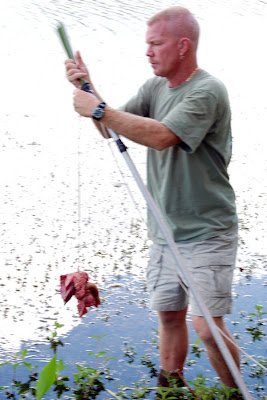 And here is Kevin setting the bait for the 9 foot gator that is STILL swimming freely in the lake. I won't be wandering back there for a while!
Posted by Jody Leshinsky at 2:30 PM