Nothing like a litte sewer excitement to get the neighborhood together! Four houses across the street from our house had sewage backing up into their houses. Yucky, yucky, yucky.

So, of course, Joel who has all the connections with the City of Lauderhill, calls the City Manager (on a Sunday) and asks if he can have a sanitation truck sent out. About 15 minutes later, here they are! This was after the neighbors had called the Fire Department . . . don't really know why . . . I really don't think that sewage starts fires?? Well, maybe the gases are a problem, but they didn't do anything. They just looked around and then left. 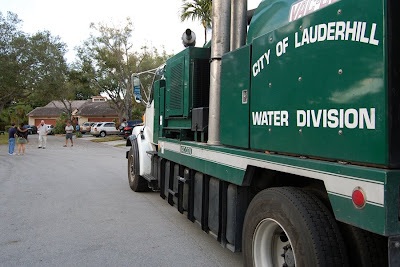 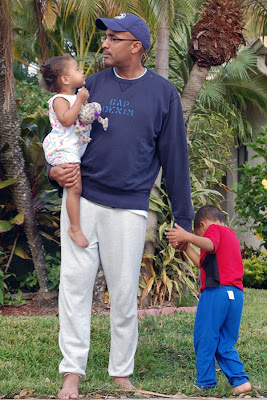 This is John with his two kids. They were just observing the whole process. 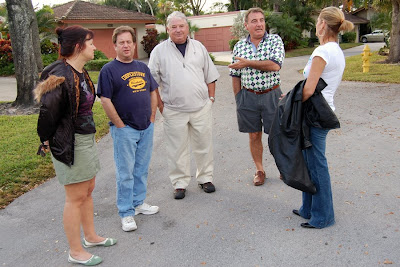 And there is Joel in the middle of all of the neighbors. We haven't gotten together like this since Hurricane Wilma! Notice that only Ronnie is paying any attention to me and my camera!! 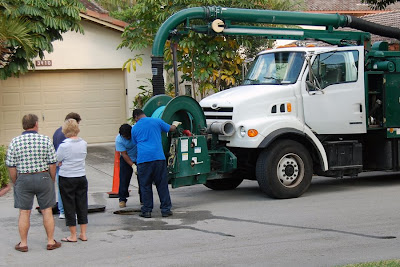 I guess watching this is fascinating to our neighbors. I was more fascinated that they were fascinated!! On the other hand, I just like to have a good subject to take a photo of!
Posted by Jody Leshinsky at 3:52 PM