This has been one of those weeks that we just didn't stop. We had something to do every night. I didn't take my regular camera, so all of these images are from my phone! Not terrible. 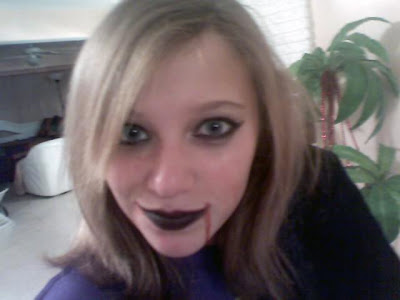 This first image is Adina all dressed up to go to see "Twilight" with her girlfriend. They got into vampire mode! This was actually last Friday night. 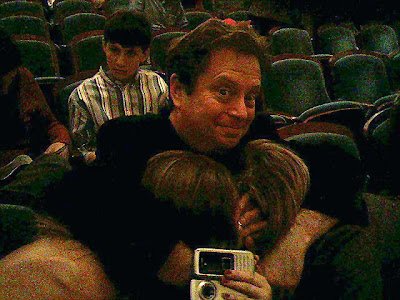 Tuesday night we went down to the new Adriene Arscht Performing Arts Center to see Annie. It is probably the fifth time, but it is still fun and a musical and you walk out humming showtunes! Joel was hugging the girls here and looked rather devilish! 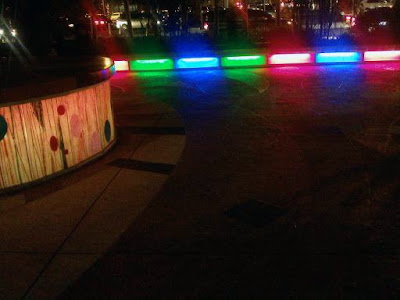 This is the public art on the plaza outside of the center. I snapped this as we were headed to our car. 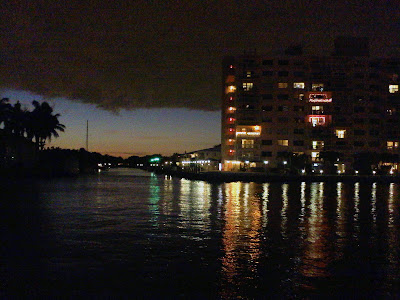 Thursday evening Joel and I had to attend a congratulations party at Shooters on the Intracoastal in honor of the Supervisor of Elections, Brenda Snipes. I took this when we first arrived as we were sitting on the dock sipping a glass of wine. The image is much better than the wine was! 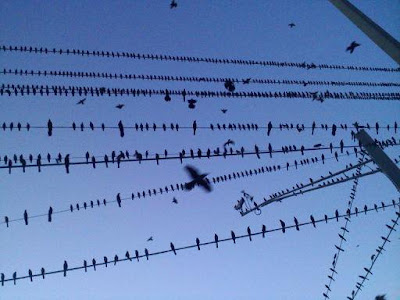 I took this as Robert and I were on the way home. I really don't know why, but hundreds of thousands of these birds gather at 441 and Oakland Park Blvd. every morning at dawn and every evening at sunset. I love to watch them as they swarm in the sky and gracefully do their ballet dance across the electrical wires as though it were all choreographed. 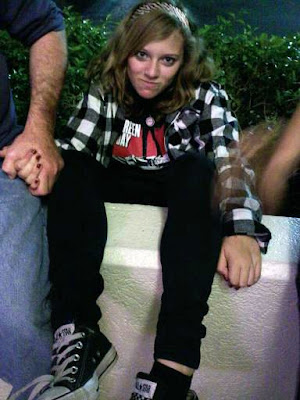 And tonight we went out for a fun dinner at a neighborhood restaurant. While we waited for a seat we were dipping Adina off of the edge of the low wall that she was sitting on. I don't think that she was amused!
Posted by Jody Leshinsky at 12:07 AM