Sunday was a VERY long day. It started out with breakfast with the girls and we moved on to shopping for school supplies. We know the basics, but we won't know exactly what is needed until they go to school. 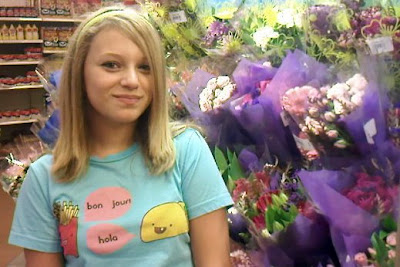 Here we are in Target. Who knew that they had such beautiful flowers?? 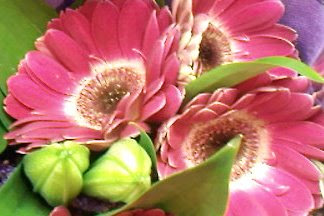 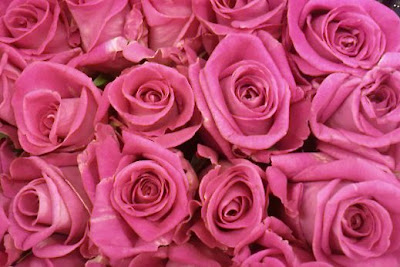 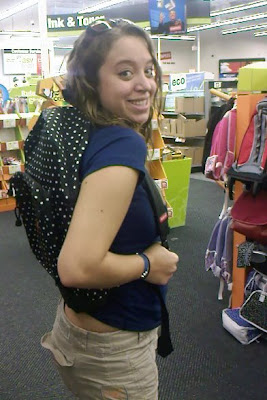 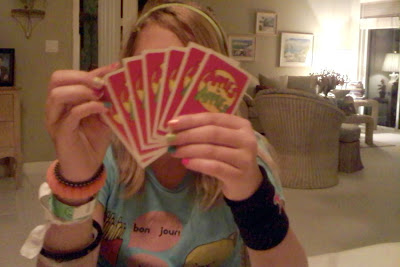 Now we are in Office Max. Rachel wanted to know how she looked in a backpack because she hasn't used one since Middle School!

I think that she looks cute. But then again, I am her mother, that is my job! 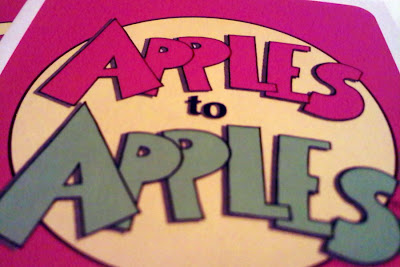 Later in the evening we headed over to the Kaplan's for dinner and game night. Lynn insisted that we come over and play games. We brought one game, Apples to Apples, which is a very simple card game where everyone is dealt cards with nouns on them and one at a time each person becomes the judge and turns over a card that is an adjective. We have to decide which noun matches the adjective and sometimes it is so funny that we just laugh instead of moving on to the next play.

Later in the evening we played Pictionary. It was a wholesome evening and we really did have a good time!
Posted by Jody Leshinsky at 9:38 PM