It was Friday night and we were playing games in the living room. Adina had a friend at the house and we were laughing pretty hard. The first two photos were of the girls being very silly. 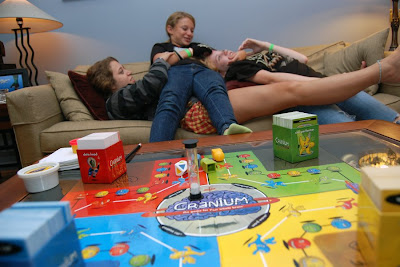 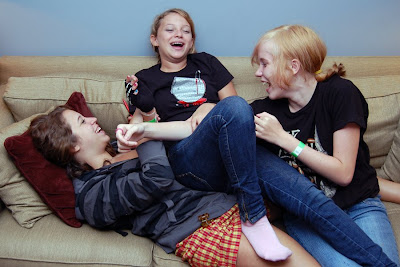 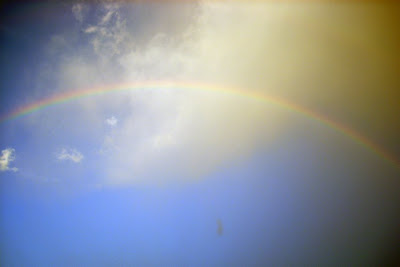 When we got hungry we went out for pizza. There was a terrible storm while we were eating and when we came out into the parking lot I looked up and saw this beautiful rainbow. I wasn't sure if I could capture it, but I did fairly well and this was with the pocket Nikon camera. 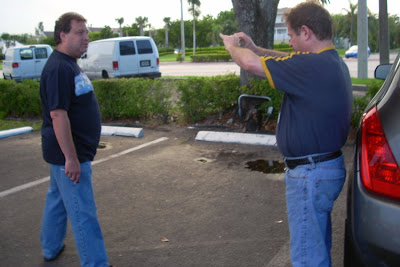 And this photo just made me laugh. Joel was taking a photo of Robert with his new cell phone so that Robert's photo will come up when he calls Joel. You would have thought that they were doing a professional photo shoot just listening to Joel direct Robert to turn away from the camera and back and tilt this way and that!! So I captured this moment to remember that I was laughing!
Posted by Jody Leshinsky at 9:22 PM