Where the Boys Are

On Saturday, Rachel and I were guests of the City of Fort Lauderdale and the Fort Lauderdale International Film Festival at the 50th Anniversary of the film, Where the Boys Are!

When we got there we weren't sure that we would be able to park or how we were going to get into the VIP tent, but my good friend made sure that my name was on the list! And we also knew one of the volunteers in the tent because she had kids that attended Virginia Shuman Young Elementary where Rachel and Adina both went to school.

The City closed A1A from Las Olas Blvd. all the way north to Beach Place! There were boothes lining the street, there was a showmobile with continuous bands playing all day long and then at 8 PM the Film Festival showed the film, Where the Boys Are, on a HUGE inflatable screen right on the sand.

It was a perfect event. There were all age groups out there enjoying the day. There were hula hoop contests and other fun activities. There was also a very wholesome sense of community. It was something we don't feel too often down here.

I do hope that the City does this type of event more often.

Of course Connie Francis was there to sing the song, "Where the Boys Are" and then she sang God Bless America to the color guard of Vietnam Veterans. Her voice is still very strong and clear.

Afterwards, Rachel and I wandered up and down A1A and explored. We found Pirate Alley, my friend, John Wang -- a street artist who finally won his court battle to do his street art, and tons of old cars and the one from the movie when they lift it up and move it from the corner of Las Olas and A1A!!

We really had a fun time and we didn't really want to leave, but we had to go pick up Adina at her friend's house. Ah yes, reality always sets in!! 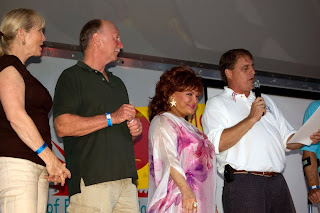 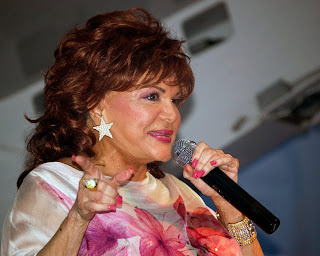 Connie Francis singing "Where the Boys Are" 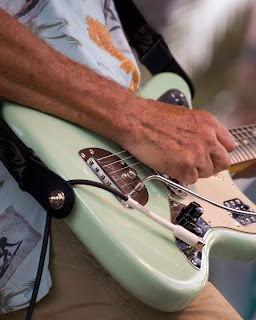 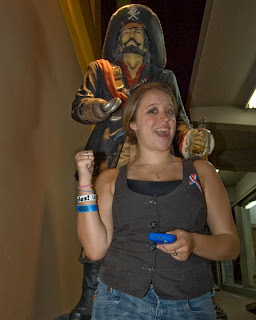 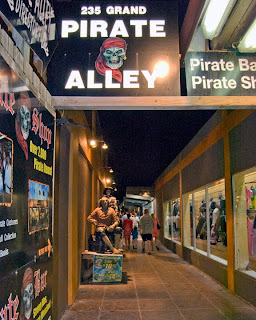 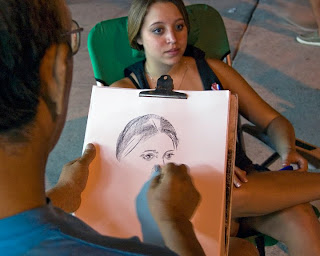 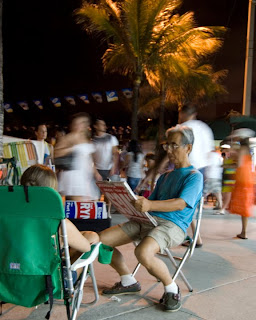 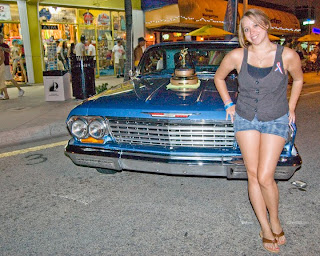 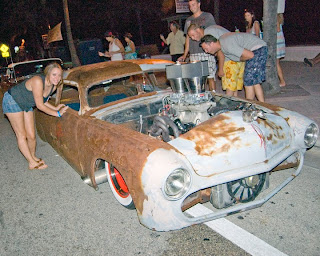 Rachel poses with the car that was in the film! 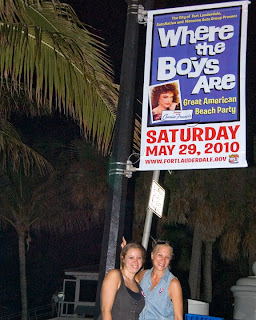